“This is my body, broken for you”

This Good Friday, we remember one of Kent’s reflections from the months right after the January 2010 earthquake.

I arrive fifteen minutes into the church service—late in one obvious sense, but I had been there an hour earlier too when nobody had arrived yet, so to my credit, I’d been both early and late. The starting time wasn’t firm. The fact they are meeting at all is remarkable.

The church is a pile of rubble. Nothing left. The school beside it is damaged but standing. Nobody had been in the church when it collapsed, but one teacher died in the church school when the roof partially collapsed in his classroom.

The congregation is spread out in three clumps, each trying to find refuge under some kind of shade. One group is under a tree. I join a group of about a hundred people seeking shade near a still-standing outhouse. No room in the shade for this latecomer. I stand listening to the service, singing along to the familiar songs.

I am in the back row with the teenagers. And just to prove that there are some constant universals, even after a staggering natural disaster, even next to a collapsed church building, even with everyone in the congregation now homeless and sleeping outside—the teenagers are whispering, flirting and texting on their phones.

It’s distracting as I stand sweating, but also funny and comforting. (The world may collapse, but hormones and teenage love endure.)

The service goes on. It is incredible to be singing hymns of praise with them, some of whom I’ve known for a long time. My faith has always felt buoyed in church here. If our singing voices were made visible as colorful helium balloons released, mine would be straggling at the bottom, holding on to the strings of others for lift. (Even 0though I of course have the least material excuse for lack of faith of anyone here.) But it does lift—my song, my praise, together.

As the service moves toward Communion, I see Andre, the church deacon I’ve known since first moving to Haiti, start to make his way across the rubble. After the earthquake, I had walked on the rubble when I first got to town, and it’s precarious in spots. I can’t figure out what he’s doing up there in the middle of the service.

We are moving closer still to Communion, hearing about Jesus with his disciples in the upper room. Andre is up toward the front of the crumbled church now. He is reaching through a tangle of rebar, opening a small concrete cabinet.

Andre is carrying them back over the rubble, each step careful.

He makes his way to the rough wood table outside where Communion now happens.

“This is my blood shed for you.”

Off to the left is where the teacher died. A ten-minute walk away is where I almost broke down crying as I talked with the mother holding her son, whose father had died saving him.

We line up to go forward and receive. In front of me is a grandmother.

She’s lost everything and sees her family and community devastated. She’s frail. She moves forward without hesitation in the line. A young man behind me. What dreams can he dream now? He keeps moving forward for the bread.

For the rest of the service I sit on some rocks, still without shade, next to Jean, whose legs are atrophied and folded under him. He can’t walk. He’s led a tough life with his disability. Before the earthquake, he always sat on the aisle in one of the front rows. When the first chord of the Communion song was struck, the song signaling we could come up front to receive the bread, the song whose chorus is “Vinn jwenn Jezi, Vinn jwenn Jezi,” Come find Jesus, Come find Jesus, Jean would swing out and, using his hands and arms to propel himself, be first in line. He was always the first to come find Jesus.

And here in the rubble, come find Jesus.

Our God whose distance we don’t understand, whose distance we experience as so much suffering and uncertainty and mixed messages. And yet too our God who is right there with Jean first in line and now with people next to a pile of rubble, with their lost loved ones and lost homes down the various paths.

Communion finishes. Andre makes his way back gingerly over the pile to return what is left of the body, broken for us.

The broken God who couldn’t feel more distant/near to me in this moment on the rock next to Jean, a jagged Communion wafer dissolving in my stomach.

The rubble seems like evidence of God’s absence or abandonment and yet here I sit, taking and eating the rubbled body of Christ. Here, week after week, people come to find Jesus. The rubble may make him harder to find, but maybe, like the wafers in the center of this leveled church, he never left and never will. 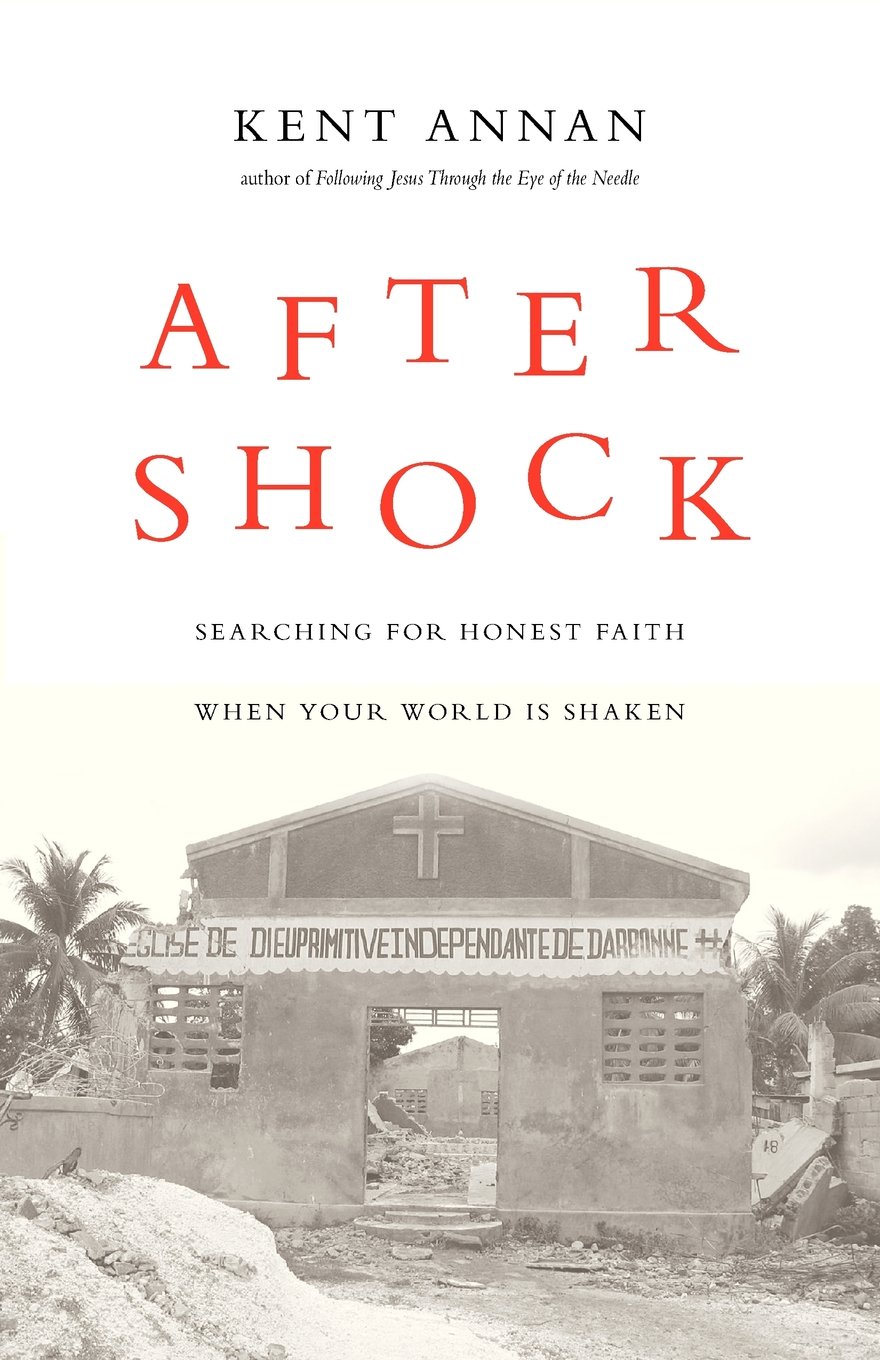 “I came that they may have life and have it abundantly.” -JesusGeneral
Thank you Miranda and have a great time!General